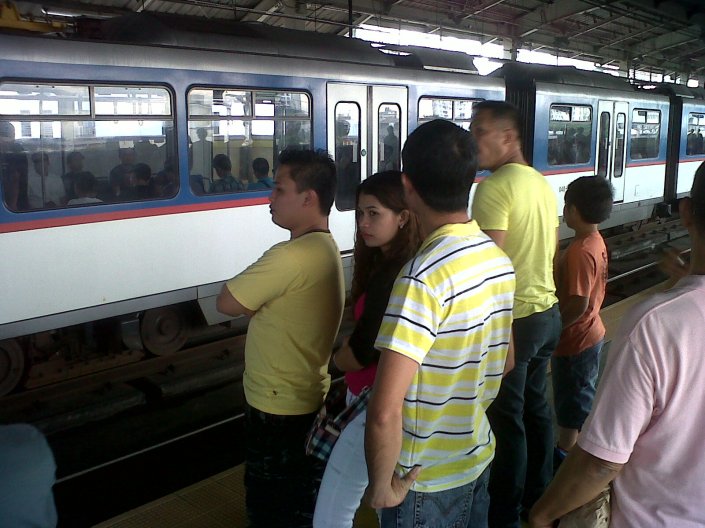 The Department of Transportation and Communications (DOTC) has begun its operation of deploying two additional light rail vehicles (LRVs) which could serve the public an additional 2,364 riders per hour in an attempt to lighten overcrowding in the Metro Rail Transit (MRT) Line 3 system.

The DOTC says that the additional deployment started in the first week of June on orders of OIC Honorito Chaneco. The set-up resulted in “significantly” shorter queuing times, especially in congested stations, adding that street level lines have cleared as early as 8am.

Meanwhile, Chaneco said that the MRT commenced on implementing the skipping train scheme, where train cars bypass some stations and go directly to the more congested ones.

The DOTC also stated that from 2015 to 2017, 48 new coaches will be delivered to address the overcapacity of the MRT-3, adding that the train supplier was given 18 months to deliver its archetype unit for testing.

This entry was posted in articles and tagged DOTC, MRT.