Speaking to reporters, the former mayor of Makati City confirmed he is considering MVP as his running mate in the 2016 polls—and with good reason.

Considered as one of the most influential men in the country today, MVP is the perfect running mate for any presidential aspirant since he is at the helm of corporations and industries crucial to the Philippine economy: Philippine Long Distance Company, infrastructure giant Metro Pacific Investments Corp., Manila Electric Company, Metro Pacific Tollways Corp., Maynilad Water Services Inc., gold producer Philex Mining and the biggest local power player Manila Electric Company. And with vast holdings in media, health services and various other industries, MVP already wields enough power and financial resources to propel his chosen political allies into the halls of power come 2016.

But MVP is not the only person in Binay’s list of potential bets for VP. Last month he was mouthing off the name of another MP—that of Saragani Representative and boxing legend Manny Pacquiao—as running mate. Another potential mate for Binay is Ate Vi, Batangas Governor Vilma Santos Recto. But like MVP, Vilma has also repeatedly stated that she has no plans of seeking higher office in 2016.

With 2016 just around the bend, the Liberal Party is said to have already begun to raise funds for the campaign kitty of its next presidential standard bearer be it Mar Roxas or Kris Aquino. The LP, too, would benefit immensely having a man of MVP’s stature in its corner.

Let’s put ourselves in MVP’s shoes for a minute. Would it be wise to associate with any single political party in 2016? We think it’s not. And MVP knows it very well that for the sake of his business empire it is best to remain neutral and to stay out of politics.

“There is no political blood that runs through my veins,” MVP said back in October. “I believe I can serve our people better some other way,” he said.

Business and politics do not make good bedfellows. By staying neutral, MVP can play all sides of the fence and emerge a winner regardless of the outcome of the 2016 polls.  All he has to do is to spread his bet—put money on the ruling party, on the opposition and the long shots, too. This way, MVP’s business empire is guaranteed to survive and thrive beyond 2016.

THE race is on for the next Philippine President. 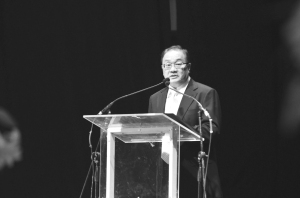 Of these seven potentials, six have some sort of political lineage in their favor. Binay, the longtime mayor of Makati City has risen to the vice presidency quite spectacularly. Roxas, is the grandson of the late President Manuel Roxas. Escudero, also the scion of a political clan, is a consistent Senate topnotcher. Same with Revilla whose family rules the province of Cavite. Grace Poe, topnotcher in the 2013 Senate race, is daughter of the late movie legend and defeated presidential candidate Fernando Poe Jr. And Vilma Santos-Recto is the star governor of Batangas province and the wife of Sen. Ralph Recto.

And then there is businessman Manuel V. Pangilinan. Without political affiliation and any previous experience in public office (much like a Nancy Binay), political analysts see Pangilinan—or MVP as he is more popularly known—as a certified dark horse for 2016. And with good reason.

While Binay has no qualms about his dream of becoming President, MVP is quick to admit that “no political blood…runs through my veins.” But given his technocratic skills, MVP could probably fare better than the other potential candidates—whose only claim to fame and public office are their family names.

Synonymous to telecommunications, media, power , water, mining, education, infrastructure, sports etc., MVP—given his reservations of running for public office–seems a very good choice for 2016. All he has to do is ride on a platform that promises lower electricity, telephone and water rates and he is a shoo-in for the Presidency in 2016.

As it is, MVP already has much of the country on his plate. If he runs and wins in 2016—he’ll be President and CEO of Philippines, Inc.