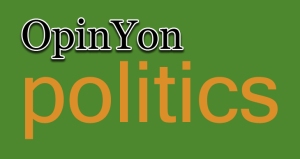 WHAT should really serve as a benchmark in determining who among the senators, whether incumbent or retired, is considered the most hardworking or even lay claim to such title, if there’s actually any? A recent press release issued by the office of Sen. Miriam Defensor-Santiago declared her as “one of the hardest workers in the Senate,” even as she had been downed by chronic fatigue syndrome,  as she still managed to file the most number of bills and resolutions in the Senate. “Her nemesis, Sen. Juan Ponce Enrile –with whom she has a running word war—filed the lowest number of bills and resolutions for the same period…. The question is whether her fame as a flamboyant workaholic will continue to prevail over her stubborn and rare illness,” the Dec. 21, 2013 press release said.

Year in and year out, reporters in both Houses of Congress—the Senate and the House of Representatives—would come up with a news item on who among its members scored a perfect attendance, most punctual, tardy and carry the tag of having “chronic absenteeism.” In the years when Senators Enrile, Jinggoy Estrada and Vicente Sotto III were still upper chamber president, president pro tempore and majority leader respectively, they posted perfect attendance consistently.

Senators Estrada and Sotto were “never absent or late” in the 2012 third regular plenary sessions or during the latter part of the 15th Congress while Sen. Enrile had a record of being absent once. Sen. Santiago had the lowest attendance record, having attended 94 out of the 214 session days in the 15th Congress and was absent twice and recorded sick 27 times.

The year before, Sen. Santiago and then Sen. Panfilo Lacson “topped” the list of those who incurred the highest number of absences in the first regular session of the 15th Congress. Owing to his being “in hiding” due to the arrest warrant against him that was eventually dismissed by the Court of Appeals, Sen. Lacson missed out 79 out of the 94 session days while Sen. Santiago was absent 56 times and 50 of which were filed as “on sick leave.” Yet, despite her absences, Sen. Santiago was the “topnotcher” insofar as having the most number of legislation in the upper chamber. The “bedridden” senator, who claimed to be behind the 618 bills and resolutions currently filed, “continue to work hard in her home office,” her press release said.

For most Senate observers, neither their record of attendance and number of bills and resolutions filed during the senators’ incumbency, could serve as a yardstick of their performance in the Legislature, but the number of bills passed into laws. Sen. Santiago herself stressed, in filing her resolution proposing the gradual abolition of the pork barrel system, said that senators and congressmen are expected to pass and not to build roads and bridges. “We are legislators, not public works contractors. People look up to us to make serious laws that could change the lives of a great number of people or could change the way society is run or managed,” she even added.

Ironic it may seem, most those criticized by Sen. Santiago among her colleagues, surpassed her “achievements” in having filed measures being enacted into laws. Sen. Lacson, who in the last quarter of 2013, had been added to her list of “nemesis” in the upper chamber primarily authored the following: R.A. 9160 otherwise known as the Anti-Money Laundering Act; R.A. 9163 or the National Service Training Program Act of 2001; R.A. 9166 or An Act Increasing the Base Pay of the Members of the AFP; R.A. 9416 or Anti-Cheating Act of 2007; R.A. 9484 or the Philippine Dental Act of 2007; R.A. 9485, the Anti-Red Tape Act of 2007 and stood as co-authors of the following laws: Dangerous Drugs Act of 2002; and Absentee Voting Act among many others.
Of late, Sen. Santiago stood as proponent in two of the most controversial measures passed into laws – the Reproductive Health, the implementation of which remains pending due to the temporary restraining order (TRO) issued by the Supreme Court and the sin tax law.

These are on top of those approved into laws credited to her name such as the International Humanitarian Law, Climate Change Act, Real Estate Service Act, Renewable Energy Act, Biofuels Act and the Magna Carta for Women.

Some Senate insiders, however, insisted that beyond the number of approved measures, what should serve as a gauge of a senator’s performance, during his or her stint in the upper chamber, should be those legislative outputs that created an impact to most Filipinos, beyond social class. Although some may not have realized it, the likes of previous Senate presidents such as former Senators Aquilino “Nene” Pimentel Jr., Edgardo Angara and the late Blas Ople, to name a few, made a mark during their stint in the upper chamber and even left behind what could be considered as legacy to their name. Sen. Ople was considered as the “Father of the Labor Code”, steering the enactment of the law after serving as labor minister during the Marcos administration and was also behind the creation of the National Manpower and Youth Council which now known as TESDA, Philippine Overseas Employment Administration (POEA), Overseas Workers Welfare Administration (OWWA), and paved the way as well for the establishment of the Philippine labor attache corps.

Sen. Angara pushed for some of the most notable laws such as the Free High School Act, Senior Citizens Act, K to 12 or the Enhanced Basic Education Act, Procurement Reform Act and was behind the creation of Commission on Higher Education, the National Health Insurance Act (Philhealth), the National Commission on Culture and the Arts (NCCA), National Book Development Board (NBDB). He also pushed to strengthen the capital markets and the banking system, through such laws as Personal Equity Retirement Act (PERA), the Real Estate Investment Trust (REIT), the Credit Information Systems Act (CISA) and the Pre-Need Code and also introduced charter changes in two key financial institutions: the Philippine Deposit Insurance Corporation (PDIC) and the Pag-ibig Fund.

Sen. Pimentel is often credited as the “Father of the Local Government Code of 1991” while also attributed as author and co-sponsor of the Generic Drugs Act, Cooperative Code, People’s Small-Scale Mining Act and paved for the creation of the Autonomous Region in Muslim Mindanao (ARMM); Philippine National Police (PNP) under a reorganized Department of the Interior and Local Government (DILG) and the Philippine Sports Commission (PSC). The space is not enough to mention other current and previous senators who made notable contributions in the laws of the land during their tenure in the upper chamber.
Over and above the bills filed and passed and recorded perfect attendance, what could probably serve as a criterion in “judging” the performance of the country’s lawmakers, are the occasions or the crucial hours where they managed to rise above self interest and ambition.

Their conduct as Senators of the Republic is for the entire nation to judge, whether fairly or unfairly.

“This Chamber has its own honor to uphold and its institutional integrity in the end means more to the people than all of us combined,” Sen. Enrile said in his valedictory speech delivered in June 5 last year, the same day when he announced his irrevocable resignation, having been hounded for months by criticisms and accusations of venalities and anomalies in running the Senate.

This entry was posted in philippines, politics and tagged Miriam Defensor-Santiago, Sen. Panfilo Lacson, Senate and the House of Representative.