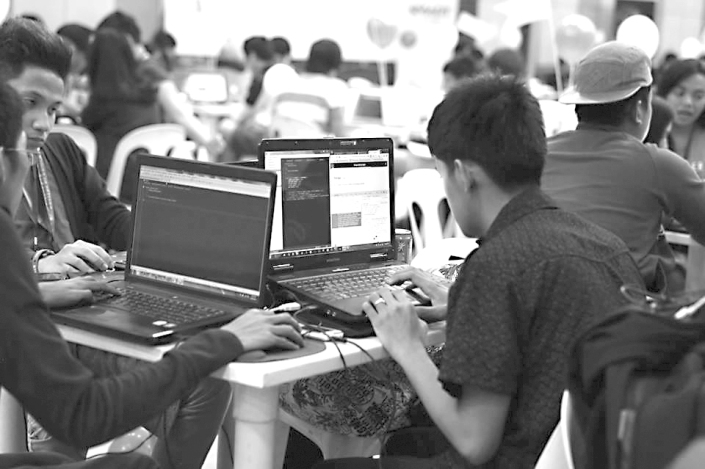 With the aim of tell the world that we can adapt to new technologies as it happen and be able to use those in developing cutting edge apps, the best minds in IT development and software programming converge in the latest DevCup 2014 last August 16  – 17, 2014 at Meralco Multi-Purpose Hall in Ortigas, Pasig City.

Organized by WebGeek Philippines – the annual hackathon and gathering of developers, technologists, futurists and creatives working together to build great apps and pulling together the right talent to build them. Developers are encouraged to build a web app, mobile app or any software platform, either by yourself or with a team and win awesome prizes.

Out of the 62 teams battling out to create the best apps and with no less than 48 successful apps at the end of the 2-day hackathon, the competition became a battle of skills and creativity amongst teams in coming up with an application that embodies this year’s theme, “insight”. Sheltr.me (demo), who takes home the coveted title, was developed by Adrian Peterson Co, Zyrexson Martinez, and Rose Anne Concepcion using Ruby on Rails.

Second place went to Team Xolve – Beta for Bizight, bringing big data analysis to small businesses. Team Ghost Pro is on third place with Unearth.js, a tool that helps in logging and stack tracking of variables and values in a JavaScript/Node.js application. Jury Prize award goes to Team Xolve-Alpha for Cheers, a website that uses semantic analysis to determine the mood of friends on social networking sites.

Winning applications were judged based on the quality of software development (50%), user interface/user experience (15%), ingenuity (20%), and usefulness (15%).

This entry was posted in articles.