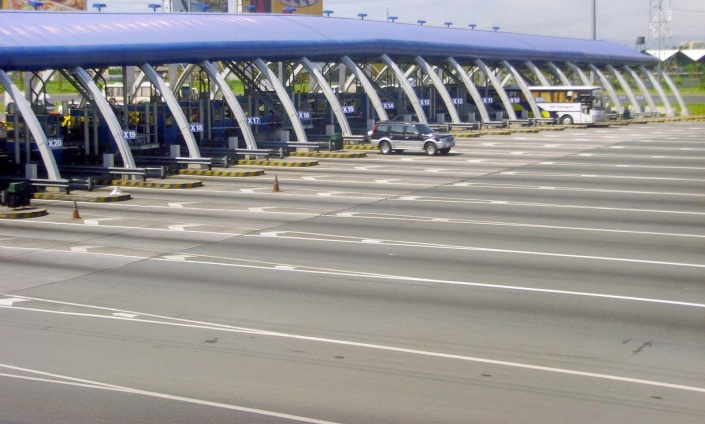 Yearly, the government allots billions of pesos in taxpayer’s money to build roads, but it’s the private contractors who are making a killing at public’s expense.

Take the 94-km North Luzon Diversion Road, built in 1996 by the government which has fattened the pockets of its new owners, Indonesian conglomerate Salim Group.

Renamed North Luzon Expressway, the project has emerged as a cash cow of listed Metro Pacific Tollways Corp. (MPTC), the group’s infrastructure unit in the Philippines.

Last year alone, the MPTC saw profit bursting at the seams, surging sharply, thanks – or no thanks – to the government’s benevolence in allowing with impunity the company to jack up its toll rates amid mounting protests from motorists.

Buoyed by robust revenues, the Salim firm even went to the extent of proposing to stretch its franchise to cover the lucrative Manila-Subic-Clark-Tarlac expressway under a 50-50 revenue sharing deal with the government.

Bottomline
But the proposal hardly took off the ground, shot down in no time at all by a government wizened to the profiteering ways of private contractors.

Typical of its insensitivity to public welfare, the state-run Toll Regulatory Board allows a toll road operator every two years to raise its rates without the need for the agency’s prior approval.

Cashing in on a hefty traffic volume, the MPTC’s bottomline, up by a hefty 32 percent to P2.784 billion year-on-year, only showed how the government’s infrastructure program has turned out to be big business for the private contractors.

In short, a conspiracy exists between government and the private contractors by cashing in on the commuters’ gullibility to take any toll rate increase without raising a whimper.

Admittedly, the privatization of public utilities only leads to huge profits for big foreign and local corporations – and, effectively, widen rich-poor gap.

Other than TRB’s automatic approval of any toll rate increase every two years to allow operators a fair return on their investments, another contentious issue is the 12 percent value-added tax on toll approved by the Supreme Court which has been passed on by operators to the already financially burdened commuters.

Benchmark
Ultimately, the country’s public roads and highways should be taken over by the government to prevent corporations from increasing their profits at public’s expense.

The toll road operator’s wallowing in profits amid complaints of rising rates could have provided a benchmark, a caution for the government in tempering privatization of its public infrastructure projects.

But that appears not to be the case as more and more projects are up for grabs, ranging from toll roads to ports, airports, to the highest bidders in the private sector.

Apparently, profitability is key reason why there’s a mad rush among the country’s corporate titans to bid for the proposed P35.42 billion, 44.6-km Cavite-Laguna Expressway (Calex).

Auctioned off by the Department of Public Works and Highways (DPWH), the project has attracted four qualified bidders, including powerhouse San Miguel Corp. (SMC).

Best Deal
Jockeying for the highly lucrative contract is so intense that the Salim Group has sought SMC’s disqualification for allegedly submitting a non-compliant bid.

The Indonesian group has argued that SMC’s bid did not contain a valid bid security, a bond that protects the government in case a winning bidder decides not to proceed with the project.

But SMC, which has adopted infrastructure as an integral part of its core businesses, has disputed its rival’s contention.

“We are compliant. We have a very competitive bid and we are confident we can give government the best deal for the benefit of the taxpayers and the country,” it says in a statement.

Irked over the rivals’ raising of petty issues, the conglomerate admonished them not to waste energy pulling each other down, saying “we want our countrymen to get the best price from several, not a few bidders.”

Cavite-Laguna
Other bidders expected to give competitors a run for their money are the joint venture of Ayala Corp. and Aboitiz Group and Malaysian infrastructure firm MTD Bhd.

Part of the government’s public-private partnership (PPP) program, the project starts from Kawit, Cavite, and ends at the Mamplasan interchange of the South Luzon Expressway in Biñan, Laguna.

Based on DPWH’s terms of reference, private investors will finance, design, construct, operate and maintain the expressway that will connect Cavite and Laguna directly, greatly reducing travel time between the two provinces.

The two highly industrialized and urbanized provinces are home to hundreds of international and multinational electronic, semiconductor, automotive and manufacturing companies, in addition to residential developments.
With infrastructure deemed as a key component of economic growth, the government is projected to invest about P750 Billion for projects between 2011 and 2016.

Budget
Separately, the Department of Budget and Management (DBM) is also proposing about P403 billion in infrastructure projects in 2014 to boost the country’s competitiveness, spur investments, create jobs and improve the country’s economy.

The budget outlay would result in a five percent infrastructure spending in relation to gross domestic product (GDP) ratio and increase revenue effort to 17.1 percent by the year 2016.

But somehow, the government has rationalized what it says is the essential role of the private sector as the main engine for national growth and development.

Under the PPP, the government will provide incentives to stimulate private resources for financing the construction, operation and maintenance of infrastructure projects.

To a large extent, the government is even willing, on a project basis, to protect investors from certain regulatory risks such as court orders or decisions which prevent them from adjusting tariffs to contractually agreed levels.

Risks and Regulations
Such regulatory risk insurance could take the form of make-up payments from the government to PPP investors, other guaranteed payments, and adjustments to contract terms.

But certain advocacy groups had criticized the PPP, saying the public is being held hostage by private corporations whose overriding purpose is only to amass profits as much as possible.

In effect, the responsibility to build roads is being handed over by the government to private concessionaires who are only too eager to squeeze money from the financially depressed people.