I AM sleeping with a grandmother. That’s true for almost all married men who still go to bed with their wives. Ewww.

If we are to rate the desirability of a woman just by her looks, how should a grandma look like anyway?

In the past weeks, there have been strong trends in Internet search for Sophia Loren and Raquel Welch, two sex symbols in my youth who have remained objects – yes, let us admit, that’s the exact word to describe what these geriatric women are in the eyes of appreciating men – of not so decent desire. 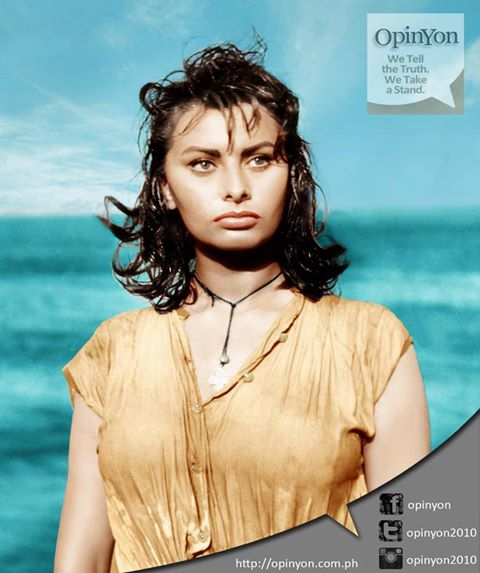 Suddenly, sleeping with a grandmother doesn’t seem so bad. All a guy has to do is be flexible with his cutting edge.

Sophia of Italy was probably the woman who made me realize the sense of being male and that it was natural to have an erection when, as a pre-teen, I saw her in “The Boy on a Dolphin” in a double features show in Paco Theater, when that part of the Manila district still had traces of cobble-stoned streets. #OpinYon